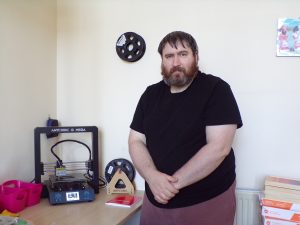 Jonathan’s flat looks like any other at one of our local developments. But inside it’s a different story, as Jonathan has a pretty unusual hobby…

Jonathan has been with My Space for around nine months now, and feels really settled in his top-floor apartment.  Previous accommodation had contributed to his mental health issues, so it was important that his home with us helped him to feel secure and supported.

Most importantly, his new home gives Jonathan the space to pursue his favourite pastime – 3D printing. When we met, his state-of-the-art 3D printer was whirring away in the background, creating the latest part for the fully functioning robot arm he’s working on. 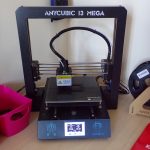 He shows me an impressive collection of working parts he’s designed and printed, as well as other bits and pieces like keyrings and small figures. They’re really intricate and cleverly made; Jonathan obviously knows what he’s doing, having trained in 3D printing and set up his own social enterprise a couple of years ago. 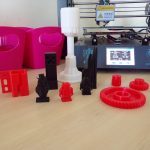 Setting himself achievable short, medium and long term goals is important – once the robotic arm is finished, Jonathan has plans for an animatronic doorbell, as well as getting into robotics, puppetry and clay work. His ultimate ambition is to save up for a horsebox and trailer, to use as a mobile workshop, taking 3D design and printing out into the community. “I really feel this could open some doors for me,” he says. 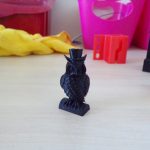 Support to work towards these goals comes from family and friends, as well as Jonathan’s Housing Officer, who has taken a great deal of interest in his projects.  How would he rate My Space? “Brilliant!” says Jonathan, giving me a big thumbs up! 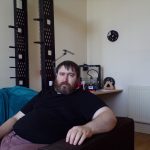